However, their existence was at risk a few years ago before FOUR PAWS stepped in.

Carefully, Dr Ovidiu Rosu aims his gun through the tilted window of his truck. There is no obstacle between him and the mare grazing on the sparse vegetation of the German Fields in the Danube Delta. A sea of purple coloured grasses that almost resemble corals in the sea stretches until the horizon in any direction. And in fact, 30,000 years ago the Black Sea used to expand to where we are standing today, thereby making the ground forever infertile with ocean salt. It is here, a stone's throw away from "Kilometer 0", the point at which the Danube mounds into the Black sea, where FOUR PAWS is executing a birth control programme for the wild horses of Letea.

Getting to this point is quite the journey: After making it passed the clogged highway that circles around Rumania's capitol Bukarest it takes another four hours of driving towards the Eastern borders of the country. The roads are becoming emptier and emptier the further we approach our destination. Finally we reach the port town of Tulcea, from which we have to take a boat to cross the Danube river, as Letea and its surrounding municipalities are not connected to Romania's road network. As the shores of the Danube Delta pass by left and right we further leave behind civilisation with every minute that passes. After setting anchor in Letea we get to gaze at our home for the next couple of days for the first time: a place without hotels, restaurants, shops and almost without tourists. For a visitor unfamiliar with our project it would be hard to understand that the horses inhabiting this remote part of the world  would cause a problem for anyone - but in 2011, their fate was almost put to extinction.

The 2800 hectar wide Letea forest bordering the German Fields and the town of Letea is a UNESCO Biosphere Reserve and the oldest natural reservation in Romania. As the wild horses, in search for food, enter the forest and gnaw on the rare and protected trees and vegetation, it was decided that they pose a risk for the highly protected area. In 2011, the local population was offered a reward for every horse they catch, which lead to mares and stallions being captured using brutal methods. Some of the animals suffered severe injuries - and what is worse, they were meant to be delivered to the next slaughterhouse. In the last moment, FOUR PAWS stepped in to offer a solution for the problem: a birth control programme to keep the horse population numbers at bay.

We spend the night at Toni's, a local farmer who has turned his place into a guesthouse, recognising the touristic potential the Romanian wilderness has. Since this year he is even operating a small shop next door, in which he sells fresh tomatoes and packed snacks he ships in from the mainland. At night, the locals sit at his porch and gaze at us, the new visitors who are not here to marvel  at the beauty of the landscape, but to make sure that the wild horses can keep existing. Tired from the long journey, we go to bed early, as we have another long day ahead of us.

After an early breakfast, we board the loading area of a truck and make our way across the dusty paths that lead into the German Fields surrounding the Letea forest. It doesn't take long until we spot the first horses, and after a quick check with his binoculars, Dr Rosu identifies a mare that hasn't been treated yet. After successfully tranquillising her, he starts with the procedure: Together with the Austrian veterinarian Helga Kausel he inspects the sleeping horse and makes sure that the animal is doing alright before he injects the immune contraceptive named pZP (porcine zona pellucida) that will make the mare infertile - for one year.

"This time time of the year the work is not bad at all - but in winter things get tough when its -20 degrees outside and the wind is hammering over the wide plains. Just to get here we have to take one of large icebreaker ferries once the Danube freezes."

As the effect is only temporary, Dr Rosu and his colleague Kuki Barbuceanu, director of the FOUR PAWS ARCA programme, have to constantly return to provide refreshers and of course, find previously unvaccinated horses. "This time time of the year the work is not bad at all - but in winter things get tough when its -20 degrees outside and the wind is blowing over the wide plains. Just to get here we have to take one of large icebreaker ferries once the Danube freezes."

Dr Rosu and his colleague have been working together for a long time. They talk to each other like an old married couple and one can tell how much they appreciate one another. Out here in the wild, they watch out for each other - and for the hundreds of horses that have no idea that these two are making sure they can keep on existing.

After three days in Letea our journey comes to an end. We walk over the town's dusty main road, under the quiet gazes of the locals, passing the thatched roofs that shape the villages picturesque scenery. If one wanted to destroy all this peace and serenity it would be the perfect place to open up a yoga retreat for burnt out metropolitan's. There is not much talking on the boat ride back as we are digesting the impressions from the past days. Our cell phones reception starts to get better while we are approaching the port of Tulcea, our starting point, which now seems like an eternity ago. We marvel at the ports skyline, it seems to be the center of the world after our days out in the wilderness. In Bukarest we have to say goodbye to our Rumanian colleagues Ovidiu Rosu and Kuki Barbuceanu. They will rest up for a couple of days before they will return back into the wild to make sure that the wild horses of Letea can keep running freely in the future. 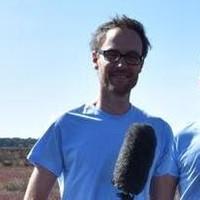 Andreas moderates and writes the script for the German FOUR PAWS podcast. He also works as a journalist for various Austrian and international publications. As a storyteller he accompanies many projects of FOUR PAWS and narrates them for our dedicated community.