Although 15 countries have taken a stand against the fur industry (including the UK), there are still steps to take in order to ensure fur disappears from stores forever. Unfortunately, this is the case despite both local councils and the Queen deciding to go fur-free, as well as Chicco joining the Fur-Free Retailer and Animal-Free Fashion programs. Simply put, this is because although fur-farming has been made illegal, it’s not illegal to buy or sell fur.

At the time of writing (20/11/2019), this disparity has sparked controversy amongst members of the UK public. It has been revealed that House of Fraser is selling rabbit and raccoon fur-trimmed coats as part of their Christmas wardrobe. This fire has been stoked further by the fact that reports have also shown that many ‘faux’ fur products are anything but and do instead contain real fur.

The public outrage is promising, it’s clear that fur is not something people want to wear. At FOUR PAWS UK, we are standing firmly in solidarity with those who oppose the fur trade. To show our position, we recently visited the Bulgarian Embassy in London alongside Humane Society International, Open Cages UK, and Respect for Animals UK, to support the bill to end fur farming in Bulgaria.

How You Can Help

This movement works in tandem with our involvement in the #FurFreeBritain campaign, as well as the work that we’re doing to end all fur sales in the UK.

You can help us to do this, simply visit our petition and give your voice to the millions of animals that are suffering as part of the fur industry.

The fight is still on to end the fur trade, and we’re not going to give up. 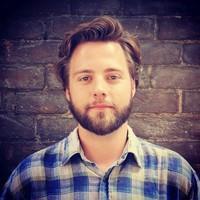