The commercial trade of captive tigers is legal and out of control across the world.

Whether these tigers are bred and farmed for ‘tourism’ across South Africa, performing in circus shows, bought as pets or killed or turned into traditional medicine, the distinct lack of regulation is putting this almost extinct species at grave risk.

In fact, it is so out of control that no authority or country knows how many tigers are currently kept in the European Union, what happens to them during their life or even once they’re dead.

With their status as ‘captive’ tigers, there is also a significant disparity in the protection granted to these animals in comparison to their wild counterparts.

Wild tigers are strictly protected, while the legal trade captive tigers find themselves in leaves them vulnerable to cruelty and fuels further illegal trade.

Due to a lack of recording or registration for privately kept tigers, along with a lack of data sharing for tracing the movements of live tigers within Europe, illicit traders are able to operate without much constraint, causing loopholes that mean all international efforts in combatting illegal trade and poaching are entirely undermined.

Our own reports have shown live tigers to be treated as if products, with traders even placing online advertisements offering tigers and lions for sale. Prices on the black market can range from over £18,500 for a live tiger to just over £50 for derivatives like a tiger bouillon cube.

It is with these derivatives where the UK becomes complicit, with our report finding that between 2014 and 2018 (when we were still a part of the EU) the UK was the largest European importer of tiger parts and derivatives like these.

Through rescuing these animals, revealing the cruelty they have endured to visitors, and supporters, these sanctuaries remain vital to spreading awareness and bringing a global halt to cruel legal practises like these.

This isn’t all left down to our fantastic sanctuaries though, and as an organisation we have made strides against the trade, through policy work. In June 2021, the need to ban the commercial trade ban with tigers was recognised in the EU Commission’s long-term plan to recover Europe's biodiversity.

The Biodiversity Strategy Report, the European Commission’s long-term plan to protect nature and reverse the degradation of ecosystems by 2030 now includes a reference on tiger trade and calls the EU to end the commercial trade in endangered species and their parts.

The international trade in endangered animals and plants is regulated by a United Nations multilateral treaty, The Convention on International Trade in Endangered Species of Wild Fauna and Flora (CITES), who regulate trade and protect wildlife from overexploitation and extinction.

Later this year, FOUR PAWS be attending the 19th CITES Conference of Parties (CoP), where this treaty will evaluate the protection levels given to different species, devise Appendix changes and discuss whether a species needs a higher or lower level of protection.

CITES has huge implications on captive breeding and the commercial trade of big cats, two of the focus areas for FOUR PAWS.

According to CITES, the existence of a legal trade contravenes CITES Decision 14.69, which states tigers cannot be commercially bred for trade in their parts. Both South Africa and Europe are a Party of CITES, yet both are in contravention of this Decision, by breeding and commercially trading Appendix I big cat species and are exporting large numbers of big cats to Asia.

Enforcement of improved reporting and a greater transparency with it

Despite these strides, there’s still a long way to go to secure an end to this #ruthlesstrade, and you can help through sharing your support on social media or finding out more on our Year of the tiger page. 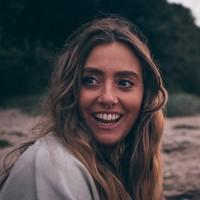