On Tuesday 20th April, FOUR PAWS UK Director Brian da Cal joined CEOs and Directors from HSI, Open Cages, Peta and RSPCA to hand in the 1 million signatures from the British public calling for the Prime Minster to fully embrace Fur Free Britain and ban the sale of all fur items.

We hear from Brian about what is was like to be part of this milestone moment.

This visit to Downing Street was my first return to London after so many months working from home. My train was less than a quarter full, as were the tubes. As for Whitehall and outside Downing Street, there was a palpable absence of tourists. Whilst this worked to our advantage to take pictures of the activities, it added an eerie quality to the proceedings. And of course, because of the current situation we could not enter Downing Street itself, this had to be done later that day by a specially selected courier.

Sadly this wasn’t my first visit to Downing as part of the Fur Free Britain coalition. In 2018 we were on this same spot with our coalition partners and Brian May. It saddens me that we’ve had to be there again this year, and that there has been little action from the Government. But we will never give up until we achieve the aim of a ban on fur and this time, we had the very clear voices of over 1 million people behind us.

Fur has definitely been in the parliamentary spotlight, as the day after we visited Downing Street a Private Members' Bill (under the Ten Minute Rule) calling for a prohibition on fur had its first reading in the Commons. There are still many stages to pass through before it reaches the House of Lords and then Royal Assent and passes into law. My hope is that the million signatures that we handed to the government and the continued pressure from organisations like ours and citizens alike, will ensure it passes through all the necessary stages to become new legislation that bans the import and sale of fur in the UK.

Stretching further ahead, I would love to see a ban on fur in the UK create a snow ball effect that, along with the potential permanent closure of fur farms outside of the UK because of the pandemic, convinces other countries to follow suit so we get to a point where the cruel farming of fur and its sale everywhere is a thing of the past. We’re a long way from this of course but almost all good change happens through incremental steps and never ending pressure to #LiveKinder and do the right thing for animals whom we share this planet with. There is absolutely no reason in this day and age for anyone to wear animal skins for fashion.

People can still take action. Whether that is by considering where they shop, asking retailers what their policy on fur is and boycotting those that still allow it to be sold in their physical or online stores. We can send a clear message to retailers that the selling of fur is no longer acceptable when there are so many alternatives. In addition we can all write to our MPs right now to keep the pressure up on the government to bring in a ban on the import and sale of fur in the UK. Finally, spread the word about our actions and how we can all play a role to not only #LiveKinder but take us one step closer to finally embracing a Fur Free Britain. 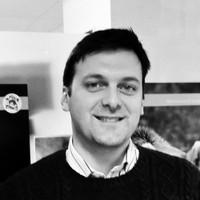 Brian da Cal is responsible for overseeing the effective communicaton of FOUR PAWS' international projects and campaigns to a UK audience in addition to all UK-based campaigns and acting as the national representative of FOUR PAWS UK.