DonateShop
FOUR PAWS in the UK Our StoriesBlog & NewsPatterns in the puppy market and what do they say about the illegal puppy trade?

According to PFMA there are 12 million dogs in the UK, and 10% of dog owners acquired their companions between March 2020 and May 2021, says PDSA.  The PDSA conducted a survey in May, focusing on welfare areas that were expected to be particularly impacted by the pandemic: pet population, pet acquisition, behaviour, obesity and preventive healthcare. This survey revealed that a high proportion of people who got their pet in the first 14 months of the pandemic are new owners. Moreover, according to the new Pets4Homes report, the number of dogs and puppies acquired has been 424,000 in the first half of 2021 vs 218,000 dogs and puppies in the same period last year – meaning puppy purchasing has almost doubled!

Sadly however, it appears that around 140,000 dogs came from abroad. It’s possible these puppies came from puppy farms abroad and were illegally imported into the UK, having been reared in terrible conditions. But one big question is, how many more were brought in via this underground trade and are not included in these figures?

According to Animal and Plant Health Agency, there has been a 260% increase from 2019 to 2020, in the number of young puppies being intercepted by the border authorities for not meeting the UK’s pet import rules.

Equally worrying is that more owners told PDSA that they acquired their puppy from a breeder of multiple breeds based in the UK, which can be a sign of even more puppy farms being right here at home. A high number of FOUR PAWS reports received through our tool also concerns to this kind of breeding.

Total number of online ads selling puppies in Pets4homes and Gumtree UK in June 2020 and June 2021.

And this is just the tip of the iceberg. These numbers reflect only the number of adverts selling puppies, and not the number of puppies being sold which can be multiple per advert.

Pets4homes survey respondents have pointed out some reasons for buying online over adopting: how easier and fast it was, the higher availability of puppies and more freedom of choice when buying.

But be warned. Anyone looking to buy a puppy should be aware that Action Fraud reported £282.686 loss in deposit related scams in March and April 2020 alone.

The most disturbing figure is how many families end up buying sick puppies without knowing it, bred by unqualified and ruthless breeders or even in puppy farms both in and outside of the UK. If this has recently happened to you, please use our tool to report it NOW. We might be able to investigate your case and get justice for you and your puppy, with our partners Animal Protection Services. 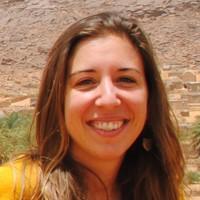