This week we celebrated World Lion Day by shining a spotlight on lions like Ruby who was originally destined for a life of exploitation as a prime target for trophy hunters. As our lives start returning to normality amidst the pandemic, we are shocked to discover that not even a national lockdown could stop the UK importing hunting trophies of endangered and vulnerable species. As travel bans were being implemented, we saw iconic species like the endangered African elephant and vulnerable polar bear shipped from overseas after being slaughtered for a bloodsport.

The import and export of hunting trophies continues legally in the UK despite widespread opposition. Body parts from ‘Big Five’ species including African elephants, lions, leopards and many others are brought into the UK each year, including heads, teeth, claws and even whole intact bodies. Meanwhile, populations of these magnificent animals continue to dwindle. At the end of 2019, the UK Government launched a consultation and call for evidence into proposed plans to ban the import and export of hunting trophies.

Now in 2021, the UK government is yet to publish the results of the consultation on a potential ban. Through the Queen’s Speech and Defra’s Action Plan for Animal Welfare, our Government announced plans to ban imports of hunting trophies from endangered species, but we know that 85% of the public want a ban that applies to all species while just 3% want this partial ban. We have recently seen UK Government ministers and members of the House of Lords come together to form an All-Party Parliamentary Group (APPG) to help secure a comprehensive and properly enforced UK ban on all hunting trophies, but will this be enough?

We have made it clear that a partial ban is not enough and that loopholes that allow species like reindeer, polar bears, and canned lions to be hunted to feed someone’s bloodlust must be closed before any legislation is passed. We must keep the pressure on the UK Government to release the results of the consultation and bring in a complete ban that protects all animals from having their body parts imported as trophies.

Please help us by tweeting to @DefraGovUK and ask them “When will we see the results of the Trophy Hunting consultation so we can finally #GetTheBanDone for ALL species?” so we can ensure these animals see justice. 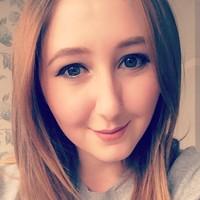