One thing we’ve learnt from the current global pandemic is that we cannot continue treating animals the way we have been. Whether it be for food or clothing – our demand for animal products has led to the creation of industrial farming with close confinement of animals who are usually genetically very similar, creating the perfect breeding ground for deadly viruses to spread - as was the case when Dutch fur farms were recently closed down due to cases of COVID-19.

Last week, shocking aerial images of a fur farm in Asia were released by Humane Society International –UK, showing the discarded bodies of just some of the 100 million animals who are killed every year for their fur. This reiterates that the fight against fur is far from over, and although fur farms were banned in the UK back in 2002, we are still funding the industry as a major buyer of fur products. In 2019, the UK imported around £55 million worth of fur, and items containing fur (such as fur trim).

A new YouGov opinion poll has revealed that an overwhelming 93% of the British public reject wearing real animal fur, and the majority of Brits (72%) support a #FurFreeBritain. So why are some brands still failing to step up and boycott fur with the public so overwhelmingly against it?

We were shocked that House of Fraser started selling fur products again in 2019 after years of having a successful fur-free policy. Although fur items were removed from their shelves, they have still yet to reinstate this policy, meaning that fur could make a comeback at any time.

House of Fraser must reinstate their fur-free policy, to show they are taking action against the extreme cruelty to animals for the fur trade that has been exposed, and that they are listening to the UK public.

We need your help to convince House of Fraser to get rid of fur, for good!

The more people who speak up, the more likely House of Fraser are to listen and take critical action that moves us one step closer to achieving a #FurFreeBritain.

Together, we can make fur history in the UK! 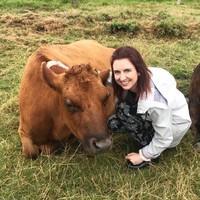