Shortly before giving birth to their piglets, sows are confined to a farrowing crate where they are kept for around five weeks, unable to turn around. Each sow will spend several months of each year of her short life confined inside one of these metal stalls, causing extreme physical and emotional stress.

But, it's not just pigs that suffer. 14 million laying hens are kept in enriched cages across the UK, constricting each hen to an area no more than the size of an A4 sheet of paper. This cruel confinement restricts many of a hen’s natural behaviours such as dust bathing and wing flapping and can cause debilitating health conditions like osteoporosis.

Individual calf pens keep young calves in solitary stalls for the first eight weeks of their lives as soon as they are taken away from their mother.  In a bid to protect the calves from disease, these pens inflict immense fear and stress on the young animals and reduce their quality of life. Cows are social animals and the loneliness called by solitary confinement can cause immense suffering.

How one supporter can make a difference

More than 109,000 British citizens signed the petition launched by Deborah Meaden and Compassion in World Farming, urging the Government to follow in the footsteps of the European Commission and commit to ending these inhumane farming systems once and for all.

To ensure your voice, and the voice of animal welfare, was not forgotten, we called on you to ask your MP to attend and support the debate and raise their concerns regarding the welfare of farmed animals in cages in Parliament.

A whopping 3,028 letters were sent to MPs from supporters of FOUR PAWS UK, and we cannot thank you enough!

What happened during the debate?

The #EndTheCageAge debate was held earlier this week and we were pleased to see MPs across the parties show their support.

Matt Vickers MP for Stockton South, and member of the Petitions Committee, opened the debate with a comprehensive introduction to cage keeping systems in the British farming system and their impact on animal welfare. He reminded the house of the efforts of the late Sir David Amess in trying to ban farrowing crates and made the case that ending the cage age would both be a fitting tribute to Sir David’s work as a formidable animal advocate and the right thing to do as a nation of animal lovers.

Several MPs pointed out that we should be using our departure from the European Union as an opportunity to progress further and faster than the European Commission, who have committed to phasing out cages by 2027 and are looking to prohibit the import of food from caged systems.

The impact of trade in products sourced from cruel cage systems was also highlighted throughout the debate. MPs were quick to note that we cannot fall short with this ban by looking solely at domestic production and trade, but that we must also look to ban the import of products abroad that are sourced from caged animals.

The Minister responding on behalf of the Department for Environment, Food and Rural Affairs, Victoria Prentis MP, acknowledged these concerns and said that the Government are currently examining World Trade Organisation (WTO) rules to see if this is possible.

If the European Commission do decide to ban the import of products sourced from cruel cages, and we do not #EndTheCageAge, we are also at risk of closing off Great Britain to its largest export market and severely jeopardising the British economy.

Whilst talks of trade and Brexit perforated the debate, animal welfare remained the key talking point for all in attendance in support of bans on enriched cages, farrowing crates and individual calf pens.

The following MPs spoke in favour of action to End The Cage Age:

“We should all instinctively recoil from putting a sentient being into a cage.

To put animals in cages deprives them of expressing their natural behaviours and can only cause them suffering.

Yet across the UK, as we have heard, millions of farmed animals are kept in cages, so it really is time to end the cage age once and for all.”

Responding on behalf of the Government, Victoria Prentis MP (Minister of State at DEFRA) assured MPs that the consultation on the caging of laying hens will be launched very soon. This consultation will allow the Government to make an informed decision on the implementation of any potential legislation.

Unfortunately, the consultation on pig farrowing crates whilst still planned, is not ready to publish, with the Minister explaining are awaiting an impact assessment on are conscious that the pig farming industry have been struggling in the past year.

However, we cannot let this consultation fall by the wayside, and we will continue to put pressure on the Government to give a definitive answer as to when we can expect its publication.

We agree that, for bans on caged systems to be comprehensive and effective, the Government must work in conjunction with the farming and animal welfare sector to ensure higher welfare farming practices are implemented sustainably.

However, every minute that these bans are delayed, more and more farmed animals suffer.

With the European Commission already planning on phasing out cages by 2027, now is the time to move faster or at least to keep up and show the world that we are the global leaders in animal welfare that we claim to be.

We must #EndTheCageAge and put an end to this cruel suffering once and for all.

“Every year that passes without action means that millions more animals are kept in unnatural and often distressing conditions that we ought to be shamed into doing something about”. 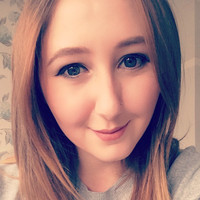