DonateShop
FOUR PAWS in the UK Our StoriesBlog & NewsAsk Our Sanctuaries: Are the animals at FOUR PAWS sanctuaries better off in the wild?

We often get asked consistent questions regarding our sanctuaries and the animals in them. Because of this, we have created an ‘Ask Our Sanctuaries’ series, which will help to shine a light on any concerns you may have.

Also, it’s a fantastic way to learn more about how we work!

First up, Jeta Lepaja, Content Creator for FOUR PAWS Sanctuaries, runs us through the first question: Are the animals at FOUR PAWS sanctuaries better off in the wild?

“Some native wildlife is brought to our sanctuaries because animals are found injured, orphaned or allegedly orphaned. They are taken care of and released back to the wild, if they are fit for it. Others, like our bears and big cats, were born or raised in captivity, often under unsuitable conditions and cannot be released to the wild. Most of them have been deprived of living in a species-adequate environment.They were kept in tiny cages with concrete floors, offered a poor diet, and did not receive appropriate health care or any at all. A lot of them were used for “entertainment”, such as in circuses, or as “dancing bears” for years on end. For Asian black bears many were abused for their bile (to be used in Traditional Medicine). Under these circumstances  many of them require medical attention for the rest of their lives. A big number of the animals we care for have suffered from long-term stress caused by malnutrition, confinement, cruel training methods and neglect, all caused by their suffering in the past, which may still affect them long after their rescue.

In order to both monitor and improve our animals` physical and psychological well-being, we organise regular veterinary checks and treat them accordingly, and the caregivers are working relentlessly to build a positive and trusting relationship between them and the animals in their care.

Many people are still confused as to why we can’t now release our bears and big cats into the wild. Sadly, their inappropriate rearing and keeping conditions prior to rescue and having lived close to humans for such an extended period of time (a lot of them since they were cubs) has annihilated the chances to release adult bears and big cats to the wild.  Young bears and big cats will learn from their mothers all necessary skills to survive. Since in many cases, their mothers have either been killed, or they have born their young already into captivity, their offspring has never had the opportunity to learn all that. Additionally, they have become habituated to the presence of humans and often would not keep distance to human settlements, which can lead to them being killed. Last but not least, there is often no suitable habitat available where they could be released to, even if they were fit for it.

With all this it means that by offering them species appropriate homes, we can finally offer them a chance to express their natural behaviours, but in a safe environment.”

We hope this helped, stay tuned for more questions and answers from our team and if you have a burning question you want to know get in touch with us on social media. 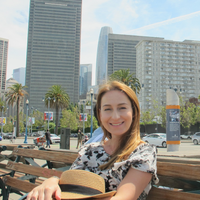 Jeta Lepaja, a Content Creator for FOUR PAWS Sanctuaries, supports the sanctuaries with developing and distributing content from their rescued anima