Fewer than 330 bears remain on about 100 farms. An incredibly high number considering that the Vietnamese government already took measures against the cruel keeping of bears in 2005 by banning the sale and possession of bear bile. As shown by research conducted by FOUR PAWS in recent years, most of these bears spend a sad existence in tiny metal cages. The worst thing is: bear bile is still extracted from many of them and still traded behind closed doors.

As shown in this video, the bears are first anaesthetised under appalling conditions, the gallbladder is then localised by ultrasound and punctured with a needle through the abdominal wall. The anaesthetic is often administered unprofessionally or is too weak. This means that the bear is subjected to incredible pain in a waking state.

Most of the bile bears suffer from chronic liver and gallbladder disease and frequently develop secondary complications like e.g. liver cancer. The bile farming and extraction practice puts great stress on the physical and mental health of the bears, which eventually leads to their death. Inappropriate keeping conditions, diet and exercise depravation contributes to mobility problems, wasted muscles and obesity. Moreover, the unstimulating environment, the confined space and mistreatment lead to behavioral disorders, often seen in animals in bad captive settings. Due to boredom and escape attempts the bears also often chew on their cage bars which result in broken and damaged teeth.

Our colleague and Project Coordinator for bear rescues, Magdalena Scherk-Trettin, visited a couple of bear farms in Vietnam: “The cages are extremely tiny, scarcely larger than the bears themselves and completely devoid of stimuli. The bears lack everything. They are ill and lifeless. I have seen animals that could not even lie down properly in their cage. They had to sleep in a sitting position. Bears kept on these farms usually have no access to water. This is extreme cruelty to animals”.

Why all this cruelty?

Bear bile has been a sought-after ingredient in traditional medicine for 3,000 years because of its medicinal qualities. Whole gallbladders are also highly sought after and used for the same traditional medicine purposes as liquid bile. Bear bile can be found mostly in traditional but also in cosmetic products from Asian origin. Presently, with so many bears in farms in China and across Asia, bile is readily available and can be found in a number of products ranging from shampoo and wine to eye drops.

In addition to products containing bile, whole gallbladders, paws (in soup or wine) along with pelts, claws, teeth and bones are all widely traded. In traditional clinical practice, bear bile is used in fever fighting, detoxification, inflammation, swelling and pain reduction. Synthetic and herbal alternatives to bear bile already exist since the 1950. 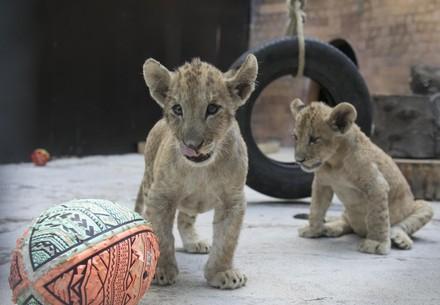 Wild animals, including big cats and bears, should not be kept as pets