For hundreds of years, zoos have offered people the opportunity to observe dangerous or shy wild animals at close quarters. Zoos in western Europe adhere to the high standards imposed by the EU decades ago for keeping wild animals like elephants, lions, tigers, etc. Sadly, wild animals in zoos in eastern Europe are still forced to live crammed into tiny spaces in appalling conditions.

The issue: zoos in eastern Europe

Particularly high standards for keeping wild animals in zoos have been in effect in Europe since 1992. Although all zoos in the European Union are bound to these directives, it is still difficult to enforce the EU guidelines in all member states even years after their coming into force. This is often due to local authorities implementing the EU directives in their countries at their own discretion. Frequently, the know-how is lacking. In most cases, professional development opportunities are not offered to zoo staff. This has led to many zoos in eastern Europe losing their licenses to keep wild animals such as lions, tigers, leopards. Some zoos have already been closed for years. But the animals are still there, suffering. 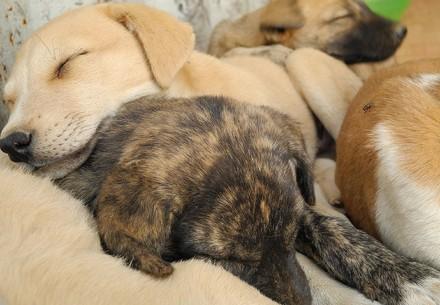