TIERART Wild Animal Sanctuary is situated in the Rhineland-Palatinate state in western Germany, 15 km from the town of Pirmasens. The name TIERART is short for TIER- und ARTenschutz which is German for animals and species protection and conservation.

This project is the result of a cooperation between FOUR PAWS and the association TIERART e.V., which was established in 1999. In 2000, the association bought a former US Army barrack to rehome exotic and native wild animals. The property was developed due to the lack of such facilities in Germany.

In 2013, the cooperation started with the intention to set up species appropriate facilities for big cats. FOUR PAWS financially supported the construction of these facilities and provided experience and expertise to ensure the highest animal welfare standards for the big cat care. In July 2015, the first enclosures for big cats were completed.

Home to tigers, puma, raccoons, foxes, deer and many more

To date, the sanctuary has been working with a rehabilitation programme for wildcat, lynx, deer, fox, martens, hedgehog, squirrel, badger and all other wildlife (every year more than 80 animals get released into the wild again).

Read more about the animals on our facebook page: https://www.facebook.com/tierart.de/

Home for tigers with special needs

TIERART Wild Animal Sanctuary provides a home to big cats rescued from poor keeping conditions, like circuses and private keeping. Some animals stay permanently at TIERART Wild Animal Sanctuary due to poor health conditions, for which they need intensive medical and special care, like individual enrichment and behavioural training. Animals in good health can be relocated to LIONSROCK, where they can enjoy more space and independence. In 2019, FOUR PAWS transferred two young tigers from TIERART to LIONSROCK.

The sanctuary encompasses a total area of 14 hectares. The three big cat enclosures takes up more than 2800 square meters. In the rest of the sanctuary, native wildlife species are rehabilitated. Future plans include the construction of more big cat enclosures and collaborations for a wolf project as well as an EU LIFE project that aims to reintroduce injured and orphaned lynx back into the wild after their rehabilitation. For the next construction phase a total of four new enclosures are planned.

Animals at TIERART Wild Animal Sanctuary are thoroughly examined annually: dental checks, x-rays and blood samples are taken, based on the assessment/evaluation of the animals and their needs. Vaccinations are administered too. The size of the medical team will be determined by the number of animals to be treated and what treatment is required.

TIERART Wild Animal Sanctuary is open to the public on weekends and holidays between Easter and end of November. TIERART Wild Animal Sanctuary is a unique destination with a combination of animal welfare and tourism.  This destination offers guided tours and educational activities for all guests. In addition to these fixed dates, there are also guided tours for various groups (e.g. school classes, companies, nursery schools) during the weekdays. You can find more information here. 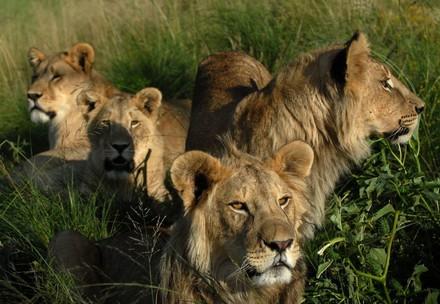 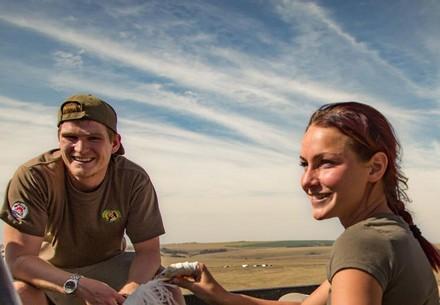